“Jay did like 3 extra tracks that I ran the instrumentals for all unrehearsed and then freestyled over Peter Piper!”

1 ~ First Record You Ever Bought?

Hmm other than the obvious kids records maybe The Specials – ‘Too Much Too Young’ EP or Dexy’s – ‘Geno’.

I’d like to say Lonnie Liston Smith or something but there you have it haha.

2 ~ First DJ Gig and what made you start DJing?

Waltham Abbey Football Club. We used to have our own parties in the 80’s for the local crew, wild times! First ‘real’ gig hmm? Rifles in Enfield I think!

3 ~ What has been the highlight of your DJ / Production career so far?

Has to be DJ’n for Jay-Z at the Lick Party when Trevor didn’t have the Jay-Z records needed…Jay did like 3 extra tracks that I ran the instrumentals for all unrehearsed and then freestyled over Peter Piper! Was filmed, I never bothered to get a copy….doh!

Also the set with you guys at the last Southport was something special, so many good times to mention!

4 ~ What challenges do you face being a DJ & Producer ? 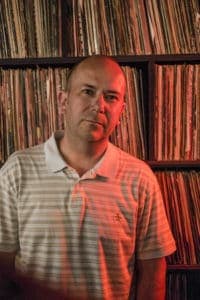 I do that also, a record dealer.